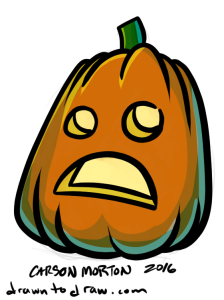 I’ve been running photoshop CS3 up until now. I would have continued to use it, but it won’t install on my new Mac. I won’t be signing up for adobe creative cloud because I don’t need all the extra services that justifies a subscription service. I just want a tool that I can buy once and use indefinitely. I would have kept using CS3 if only mine wasn’t a windows only version.

So I’ve been looking into adobe alternatives. First up is Manga Studio. The trial version will not allow me to save files, so I had to take a screen capture instead. I like the vector tools so far. It’s interesting to be able to tweak brush strokes instead of undoing them over and over until I get them right.