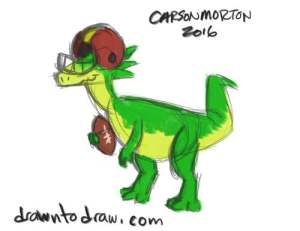 Stygimoloch: There is some debate on wether this is the same species as the pachycephalosaurus. It may be a juvenile or a female. The head-bump isn’t as big, but the spikes out the back of the skull are fantastic. The skull really does look like a dragon skull.

The name comes from the river styx of the underworld and the god Moloch. If it does indeed grow up to be a pachycephalosaurus it looses it’s heavy metal name and replaces it with a name that means “knuckle head”. Next thing he knows, he’s got a bit of a paunch and is telling dad jokes.